CONNOTEC participated in the bauma CTT RUSSIA 2019 which was held at the CRUCOS Exhibition Center in Moscow from June 4th to June 7th, 2019. 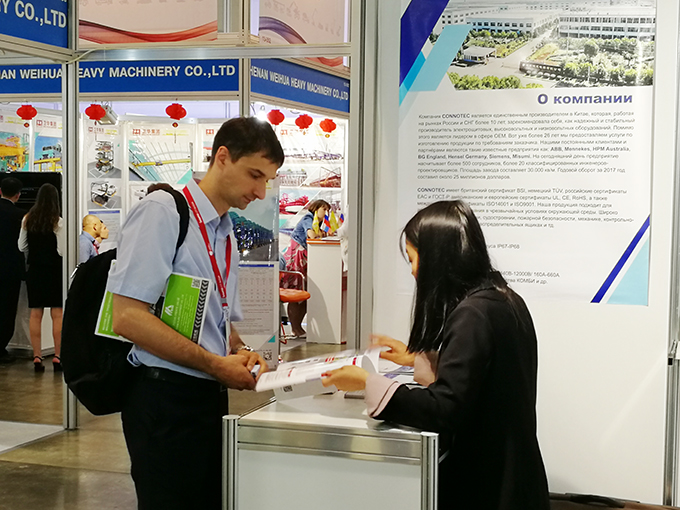 Since its inception in 1999, the exhibition has become the most influential and important exhibition of construction and construction machinery in Russia, Central Asia and Eastern Europe with the support of the Munich International Exhibition Company and the Russian Ministry of Construction since . Now bauma CTT RUSSIA is part of the BMW Exhibition Series (BMW in Germany, BMW in South Africa, BMW in Shanghai, BMW in India). 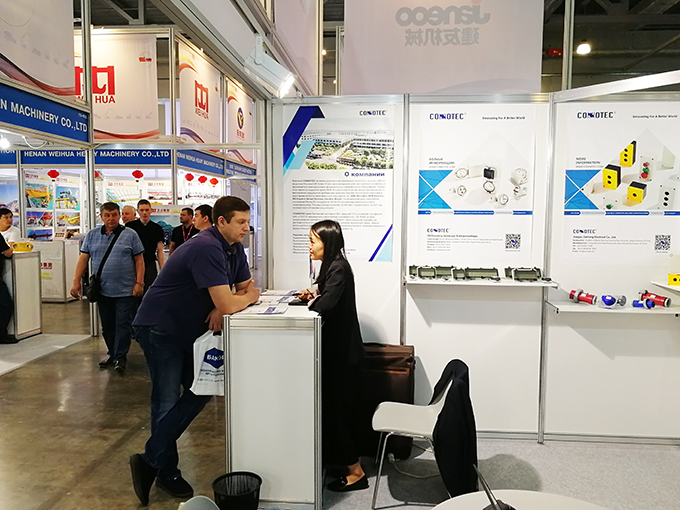 In bauma CTT RUSSIA 2019, there were nearly 600 exhibitors from 30 countries including the United States, China and Germany. The exhibition area is 61,000 square meters. In just a few days, the exhibition received a total of 20,817 visitors and buyers. CONNOTEC brought various products in the exhibition, such as plastic enclosures, combined units, industrial plugs and sockets, shore connectors, marine switches and sockets and so on which have deeply attracted the visitors. CONNOTEC booth was crowded with customers during the exhibition and they also gave a high appraisal to CONNOTEC products' quality. The exhibition not only let customers in the Eastern Europe acknowledged of CONNOTEC band but also gave them a good impression on the good quality of CONNOTEC as well as professional sales team. Meanwhile, CONNOTEC had a direct and in-depth understanding of the needs of the target market in face-to-face communication with customers during these four days which laid a good foundation for CONNOTEC to enter into the Russian and Eastern European markets in the near future.